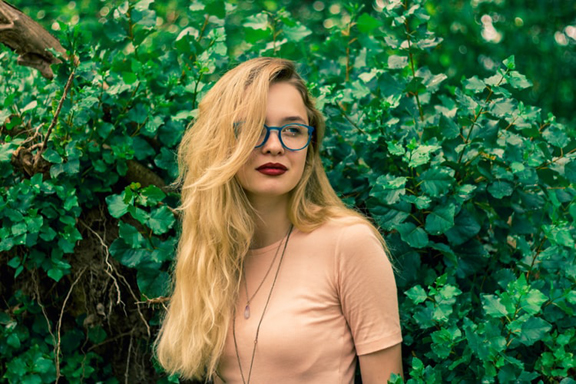 Habit is our companion in all stages of Life.

Habits are the actions which we repeatedly indulge in.

Briefly we are nothing but a bunch of HABITS. We are all identified by our HABITS. Habits are formed from an early age. A particular action practiced frequently forms into a HABIT.

Like it is said” WINNERS MAKE A HABIT OF DOING THINGS LOSERS DON’T WONT TO DO. WE FIRST MAKE AND CULTIVATE HABITS, LATER THE HABITS MAKE US.

Unknowingly we all develop a pattern of Habits. Initially the chains of our HABITS appear weak, until they are too strong to be broken as they are strengthened into a strong twine.

AS IT IS QUOTED:-

Thus we are all a constitution of Habits, therefore it becomes very important to choose our actions which later become HABITS to be absorbed in our systems and become inseparable.

Our thoughts play a vital role in defining our individuality, as they become actions and gradually are transformed into habits. Later these habits change into our values.

HABITS either help us or become a burden, they can make us progressive or hamper our evolvement. Both Good and Bad habits wait for the signals the mind sends to either move onward or get buried in memories.

It is very essential that our elders guide us in adopting the best and Positive Habits. During adolescence, we become independent and cultivate our own and new habits. Some may be positive and some Negative. Vulnerability could misguide us and land us in a messy tangle of unwanted habits. We should be able to detect the HABIT that is threatening to shake our identity. Immediately shed it. Sometimes it takes a life time to do away with some of our unwanted Habits. It requires a lot of mental discipline to get the desired result. If we do not let it repeat, it withers away.

But it is easier said than done, habits adhere to us like our second skin, but it is only at such times, we can judge our inner strength. We have to deal with them firmly.

If habits are not controlled, they become addiction which cannot be controlled and are destructive. It is believed that HABITS never die; it is true to an extent, but nothing is impossible or unachievable, if tried with sincere efforts, the results are guaranteed.

Habits have to be managed with intelligence and dexterity. HABITS are an acquired pattern of individual behaviour that occurs regularly in a spontaneous fashion. It later becomes an addiction and if they prove to be harmful or negative in nature, it requires a lot of effort to alienate oneself from it. Everyone keeps searching for a formula that could aid them to overcome that particular habit. One does not realize that the formula lies within oneself. Determination and control are the key words for adopting any method to stay away from any unwanted habit.

One needs no one to guide and teach but can help oneself from achieving his/her targets. All that he requires is a bit of patience and perseverance. Of course even if the habits are done away with, they may not be floating but are submerged in the body, lying dormant. If the conditions become favourable, the Habit may raise its hood occasionally, to test the waters, if it can come into Life once again. If we are strong enough to discourage it with a big NO, It becomes lifeless.

Prioritization is very important to discard old unwanted habits. Unless we chalk out the Good habits, Not good but harmless habits, Bad habits, we will be unable to succeed in our mission.

Habits are not waste material to be dumped in a trash bin or can be flung out of a window; they become an integral part of our existence, refusing to move away. So we have to form virtues by indulging in good deeds. We have to cultivate only those habits that could perch as on the stone of success. Once we have made the right choice, the chain of Habits shoulders its responsibility of reaching us places.

In life it is natural to like what we are accustomed to and we are always attracted to it. But if some habits are negative we have to learn to shun it away, even if we are attracted towards it. These may be forced on us too, by bad company.

A wise person is the one who believes that he is not picture-perfect. and regularly does soul-searching. He has the guts to admit and accept what he finds and sets up to patiently to correct what is not right.

Most of us fail to accept some of our habits as offensive and continue as per our convenience, momentarily we may please ourselves but it is repulsive to others. Good habits are formed and grow with time, but the decision lies with us whether it could grow as our character or vanish.

To discard a habit is a tough call as there is the strong rein which prevents the mind from gliding over these actions as it connects very strongly and does not free itself from others. We all are slaves of our habits; we feel at ease doing the things we are most familiar with, whether the habit serves us well or not in the future.

Habits keep us going in life. The later stage of our life is made up of only the HABITS that we acquired during our early stages of life. They are the rules which happen naturally and they need not be guarded. they guard us.

Habits differ and separate a person from the other. Everyone is a combination of good and bad habits. Each one of us have some harmless but un wanted habit or habits which we cannot shake off. They cling on, but we should not let them overpower us. For instance, On a cold winter morning, when we sip a steaming cup of strong coffee, we relish it. If it continues for another 3 days, automatically on the 4th day morning, we wake up with the thought of the morning coffee. We have got accustomed to it, we become restless,

If we cannot get it on time. Gradually we start craving for it. We feel we are heading towards a migraine attack This proves the habit of coffee consumption has become a habit. It is alright to have it when it is available but when unavailable, we should just not let it bother us.When there is flexibility, these Habits cannot reign supreme. Habits become our weakness and necessity if not resisted. We should never get entangled by the tentacles of habits, If not we are in its clutches.

No one can escape HABITS, Even when a person is idling, he becomes habituated to Lethargy. He is resting even when he is not tired.

Cultivate habits that form good manners, make it a habit to promptly say a THANK YOU, EXCUSE ME, AND SORRY. Basic good habits are prevalent in all of us and similarly the basic Negative ones are not cultivated. But some very striking good and bad habits have to be imbibed in our personality and some bad habits have to be sacrificed.

-BEING HELPFUL IS A WONDERFUL HABIT.

- At the same time, we dislike people who have the habit of making excuses, as their credibility is under scrutiny. So never make it a habit

- Once achieving Excellence becomes a habit, the outcome is perfection.

-Procrastination is a habit which could stagnate our lives, we become its Slave and never kick start any project. and before we realize, time slips out like quick sand. Abandon this HABIT right from the start of its birth.

Everyday we have to make a choice of good habits over the bad ones, and they later on become our character. We have to eliminate the bad habits by not getting lured and succumbing to them. Consciously we should develop the habit of controlling the inner urges, which could sway us away into the ripples of a whirlpool. People get fascinated and get habituated to wishful thinking and this could be quite harmful, as they are not dwelling in a world of reality. Shake off this habit and plunge into action.

One habit overcomes another one, so try to overcome a bad habit by cultivating a new one. We are all influenced always by HABITS. Some of the old rules which we follow are nothing but the HABITS Of our ancestors. We follow them, without even attempting to cultivate New ones. We should dare to be a bit different, New Habits leads to EXPANDING NEW HORIZONS. We should not be happy by being Just a shadow to someone else’s Habits, instead adopt mature habits and Learn to be strikingly different.

Get habituated to planning, let it become a Habit to understand relationships. Habit of working earnestly should be developed. Habits unknowingly become a routine and we just carry them in a systematic manner, without even thinking about them. We pile up our habits everyday and one fine day our character is built.

The secret of success and failure lies in the difference of the habits. Bad habits are tempting but they pave way for destruction, while the good ones require lot of effort but assure success. Everyone resorts to counseling centers to be able to break off certain Habits,when they realize they have strayed away from the path of success. Instead do not even tread the path of a dubious Habit. Steer out of it. Prevention is always better than cure.

Believe in yourself and if at all you still want to rid yourself of some awful habit, uproot it yourself, with your will power. Only if you are mentally weak, you needother’s support, if not , each person is endowed with lot of determination and can help one-self. Do not be little yourself, by seeking help from others to release yourself out of your own Habits.

Do not wait to be taught. You can be your own teacher. When you have geared up to walk the right path, hear to your instincts. Help yourself. In the first place do not let the fire of Bad habits engulf you and if you are already burning in it then you need to free yourself of it with tremendous effort.

Breaking from bad habits is tough, so prevent them. The sad part is we are more faithful to bad habits Good habits test our integrity and we end up failing in these tests most of the time. SHARING AND CARING are habits that reflect our magnanimous nature. Unfortunately, in the modern world no one is willing to share. Everyone is so engrossed in their own world, that they think about caring for themselves and it does not extend to others. Caring is a far-fetched cry! These exist only in volumes.

We are the main architects of our lives. It appears the way we choose to design. Have a strong purpose in life. This will enable you to choose over the habits that will aid you in achieving your goal.

ALL OF US ARE BLESSED WITH THE POWER OF DISCRIMINATION, LET US USE IT WISELY. FILL BUNCHES OF GOOD HABITS in the basket of your LIFE and preach the same to family, friends and the society. Let us all fling away the BAD HABITS, never to return in our lives again, thus leaving us with only virtues.